Marriage and the immigration process are matters that can be complicated, stressful, and uncertain. Because every person’s situation is unique, different immigration laws will come into play when a United States citizen or lawful permanent resident (“green card holder”) marries or intends to marry a non-citizen who is residing outside the United States.

This blog discusses the different requirements associated with both the fiancé visa and the marriage visa. The type of visa chosen will be based on a couple’s unique situation. For some, the fiancé visa may be the route to take, while for others, the marriage-based visa is better suited for their circumstances. Keep reading to understand the difference between Fiance Visa vs Marriage Visa.

The K-1 “Fiancé Visa” – Marrying a U.S. Citizen After Entry

As such, to obtain a fiancé visa, the non-citizen fiancé must intend to marry a United States citizen within 90 days of entering the United States. Once married, the couple will need to file additional documents with United States Customs and Immigration Services (USCIS).

The first step to obtaining a fiancé visa is for the citizen seeking to marry a foreign spouse to file I-129F – Petition for Alien Fiancé(e) with USCIS. The fiancé visa petition requires that the citizen submit documentation to support the validity of the marriage. Eligibility requirements to obtain a fiancé visa include the following:

If the petition is approved by USCIS, the next step is to apply for the fiancé visa. The petition is sent by USCIS to the National Visa Center (NVC), the office that provides support to U.S. consulates in processing immigrant visas at the State Department.

The NVC provides a case number and sends the petition to an embassy/consulate. Once the consulate receives the petition approvals, the foreign fiancé must complete forms and provide supporting documentation at a visa interview.

Failure to marry within this timeframe will result in the expiration of the visa, which requires the foreign fiancé to leave the country, and remaining in the country beyond this time will violate immigration laws.

If the marriage takes place, the next step is for the foreign spouse to apply for adjustment of status to become a lawful permanent resident (LPR), also known as a green card holder. Both the citizen spouse and non-citizen spouse will not only complete the required forms but also appear for an interview, which is intended to determine whether the marriage is legitimate.

United States citizens or lawful permanent residents also can seek to obtain a K-3 visa for their foreign spouse to enter the United States. While the I-130 marriage-based visa is an immigrant visa, the K-3 spouse visa is a nonimmigrant visa, like the K-1 fiancé visa.

The first form that the United States or lawful permanent resident spouse must complete is Form I-130 – Petition for Alien Relative. A second form is completed following the filing of the I-130 petition, which is form I-129F for a spouse to obtain a K-3 visa.

What Happens if the Marriage-Based Immigrant Visa is Approved First?

As such, the NVC will administratively close the K-3 application. The foreign spouse must then go through the consular process to be approved for an immigrant marriage-based visa. Upon approval, the foreign spouse will be issued an immigrant visa stamp that allows for travel and lawful entry into the United States.

What Happens if the K-3 Nonimmigrant Visa is Approved First?

If the petition for a K-3 visa is approved first by USCIS and is forward to the NVC, the NVC will commence the process of submitting the petition and application for the K-3 nonimmigrant visa to the consulate. The path followed, in this case, is identical to the process for obtaining a fiancé visa in that a nonimmigrant visa will be issued at the consulate following an interview.

Once the foreign spouse has obtained a K-3 visa and lawfully entered the United States, he or she will be required to file for adjustment of status to receive a conditional green card, which is valid for two years.

The general consensus with the dual I-130 petition and K-3 immigrant petition paths is that in most but not all instances, the K-3 process should be faster than the I-130 process, both through USCIS and the consulate. A faster process allows for the foreign spouse to enter the United States more quickly.

Whether a foreign spouse enters the United States with a K-1 nonimmigrant fiancé visa to adjust their status, a marriage-based immigrant visa, or a K-3 nonimmigrant spouse visa, the path to unconditional permanent residency/green card status involves a period of “conditional” residency status.

Conditional residency is essentially permanent resident status that is conditional when the marriage at issue has not reached the two-year mark.

After the fiancé marries the United States citizen following admission into the United States within 90 days, and once USCIS approves the I-485 application to adjust status, the foreign spouse receives a temporary green card that lasts two years.

Individuals who established permanent resident status through marriage to a United States citizen or lawful permanent resident through any lawful means (K-1, marriage-based, or K-3) cannot renew their green card (unlike green cards received through other means aside from marriage or a planned marriage).

How long does it take to obtain a K-1 fiancé visa or K-3 spouse visa?

Currently, it takes approximately 8 months for USCIS to process the I-129F petition to obtain a K-1 fiancé visa or K-3 spouse visa. Processing times can often be longer in busier parts of the United States, where USCIS offices receive a larger influx of filings. Once the petition is approved, it can take an additional few months to obtain the visa from a United States consulate.

How long does it take to obtain a marriage-based visa?

Additionally, the foreign spouse should expect to receive the marriage-based visa from a United States consulate within a few months following approval of the petition.

What happens if my visa application is denied?

If your petition to obtain either a fiancé visa or a marriage-based visa is denied, you will need to appeal the decision with USCIS. To do so, it is crucial to speak with an immigration lawyer who can help you (1) determine WHY your application was denied and (2) what steps you need to take to obtain the requested visa for a fiancé or spouse.

Why do I need an immigration lawyer when I can complete the forms myself?

While you can certainly complete and file the required forms with USCIS, it is easy to make mistakes and overlook key requirements. Leaving out just one document can result in the denial of a visa application. In some cases, you may need to re-apply and pay a second fee.

Hiring an immigration lawyer to handle the complicated visa process may cost you money, but you may end up paying more in duplicate filing fees. Additionally, a lawyer will be well-versed in all immigration laws, and you want to be sure you are complying with all laws and regulations when seeking to obtain a visa and ultimately to adjust the status for your foreign-born spouse.

Can my children obtain visas to enter the United States along with my foreign fiancé or spouse?

Yes. You can file petitions with USCIS to obtain visas on behalf of your children to enter the United States. Petitions for your children should be filed at the same time as the petition for your fiancé or spouse.

Which type of visa is better for your situation?

If you are planning to marry someone from outside the United States, you will need to consider many factors to determine which option is best for your situation – the fiancé visa or the marriage-based visa. Examples of factors you may consider include, but are not limited to, the following:

Because every couple’s situation is unique, it is best to weigh your options not only with your fiancé but also with an immigration lawyer who helps you determine whether you meet either the fiancé visa requirements and/or marriage visa requirements. Your lawyer can also advise you on what course of action is best suited for your goals.

If you are planning to get married to a non-citizen or have already married a non-citizen, you will need to take certain steps to ensure your fiancé or spouse can lawfully enter the United States.

With the help of a Columbus immigration lawyer, you will have a better understanding of whether a fiancé visa or marriage-based visa will be the best option for ensuring your fiancé or spouse can enter the United States.

At Sam Shihab & Associates, we routinely help clients obtain fiancé and marriage-based visas. We can provide you with the guidance you need to move forward. Our immigration lawyers provide legal representation to clients nationwide, with offices in Columbus and Dublin, Ohio, and Michigan, and Texas.

Contact Sam Shihab & Associates today to speak with a member of our legal team by calling (866) 665-0001 or by completing a form on our website. 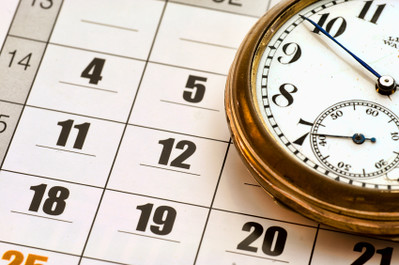