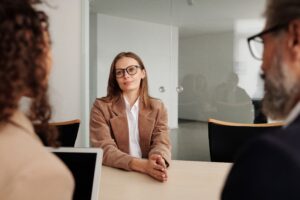 USCIS has faced increasing backlogs across the entire agency, and several factors have made these backlogs even worse in recent years. The immigration policies of the prior administration created the “invisible wall” of bureaucratic processing delays for an agency that was already mismanaging its funds. The current pandemic, along with lack of resources, have exacerbated the issues USCIS faces. On March 29, 2022, USCIS announced several actions they plan to take to address these issues.

Many of these changes will be introduced using a phased approach so there is unlikely to be any meaningful improvement anytime soon. Hopefully these changes will improve USCIS efficiency in the long-term. Further, changes that USCIS plans to implement sooner could provide relief in the meantime.

Processing delays have plagued USCIS for years. In fact, when premium processing was first introduced in 2000, it was an attempt by the agency to address already serious processing delays. More than twenty years later, we are still facing the same problems. In fact, the USCIS has seen a 66% increase in applications since 2019. Further, due to COVID-19-related shutdowns in 2020 and beyond, the backlog increased as the agency operated at limited capacity.

In an effort to address increased processing times and backlogs, USCIS is establishing new internal cycle time goals. Cycle times are an internal metric USCIS uses to determine how many months of pending cases of a particular form type are still awaiting a decision. Cycle times are related to average processing times – but are not the same. Processing times show the time it takes from when USCIS receives a petition or application until the time it makes a decision. Cycle times, however, only measure how many months’ worth of pending cases for a particular form are awaiting a decision.

Is this a meaningful step or just more lip service from the agency to try to deflect criticism that is RIGHTLY being placed on the agency’s processing delays? We tend to think it’s the latter but only time will tell.

In 2000, Congress amended the Immigration and Naturalization Act to allow certain employment-based immigration benefits to be eligible for a new expedited processing service called premium processing for an additional fee.

USCIS guarantees petitions submitted with the Form I-907 Request for Premium Processing Service and the proper fees to be processed within fifteen calendar days. Congress allowed for the premium processing fee to be adjusted for inflation. Thus, the fee has changed several times since its creation – it now costs $2,500 per form; several times higher than the base fee of the applications being processed.

Currently, only certain classifications sought by filing Forms I-129 and I-140 are eligible for premium processing service. However, during the pandemic, when processing delays were skyrocketing in the face of limited operations, the agency faced more and more pressure from outside sources to tear down the “invisible wall” of processing delays. This pressure resulted in Congress taking action.

In October 2020, the USCIS Stabilization Act was signed into law. The Act gave USCIS the power to create and collect additional premium processing fees. Seventeen months later, USCIS finally has plans to expand premium processing services to Forms I-539, Application to Extend/Change Nonimmigrant Status, I-765, Application for Employment Authorization, and the two additional I-140 classifications, to be started within the next 60 days.

Unfortunately, however, the Department of Homeland Security’s plan is only to allow premium processing for EB-1C (Multinational Executive/Manager) and EB-2 National Interest Waiver I-140 petitions. The filing fee for this benefit is still $2,500 but rather than the standard 15-day response time, USCIS will now have 45 calendar days to make its decision on these petitions.

Further, the agency is not expected to implement premium processing expansion to the most prevalent types of Forms I-539 (such as H-4 and L-2) and I-765 until Fiscal Year 2025. The US federal government’s fiscal years run from October 1st through September 30 of the following year. Therefore, unless something changes, do not expect premium processing to be expanded to H-4 EADs until October 1, 2024.

They also declare that the premium processing clock in all these cases will begin only after the “prerequisites for adjudication” have been met – though they explicitly decline to define that term. It likely means biometrics requirements or the like, but is vague enough to potentially be used as a meritless excuse.

For now, the biometrics requirement has been suspended – but by the time USCIS is implementing the long-awaiting H-4 premium processing, the biometrics requirement will be back and USCIS will continue to have an excuse not to take any action on these cases – even when the applicant is desperately trying to pay them an extra $3,250 to get a decision on these applications within 30 days (curiously, 30 days is what Congress initially intended to be the standard processing time for all nonimmigrant applications – see 8 USC § 1571; furthermore, USCIS has declared in the federal register that an I-539 takes an officer 24 minutes on average to decide and an I-765 just 12 minutes on average).

The final action USCIS is taking to provide relief to nonimmigrants and immigrants is the introduction of a temporary rule, “Temporary Increase of the Automatic Extension Period of Employment Authorization and Documentation for Certain Renewal Applicants.” While this rule has not yet been published, hopefully the announcement that they are continuing to make progress on it indicates we are close to its introduction.

Employment authorization has been the focus of USCIS’s attempts at streamlining and improving the process for immigrants and nonimmigrants. At the beginning of 2022, many people starting noticing their EAD cards were getting approved separately from their Advance Parole documents. On February 24, 2022, USCIS announced this was intentional.

USCIS began prioritizing the approval of EAD cards to reduce EAD processing times, requiring them to approval EADs separately to prioritize them (and thus de-prioritize Advance Parole). Employment authorization is a priority for USCIS because it is so often a priority for immigrants and nonimmigrants. Backlogs can leave beneficiaries with lapses in employment authorization, which could result in loss of employment.

Because Form I-765, Application for Employment Authorization Document is expected to eventually be eligible for premium processing according to this announcement, these other actions are likely in place to help reduce barriers to employment authorization in the meantime.

What more can be done?

While USCIS has made many improvements over the past year, there is still much that can be done to improve backlogs and processing times. Backlogs continue to grow despite several USCIS policy change announcements. Therefore, there are still opportunities for improvement on the part of USCIS. The American Immigration Lawyers Association, or AILA, recently published a policy brief containing suggestions for increased efficiency on USCIS’s part.

First, the sooner USCIS adopts electronic filing and processing for all benefits the better. The United States Government Accountability Office (GAO) released a report in August 2021. The report cites USCIS’s plans to expand electronic processing, including acceptance of electronic filing fees at all filing locations, and issuing correspondence electronically.

Unfortunately, USCIS has claimed to be planning to expand electronic processing for seventeen years. The Electronic Immigration System (ELIS) can only process seventeen out of 102 types of immigration benefits. Obviously, when USCIS says they “plan” on doing something, this often translates to many years of waiting.

In January 2017, USCIS eliminated their own requirement that they adjudicate EADs within 90 days of receipt (even though they were not following it anyway). At the time, USCIS promised that getting rid of the 90-day adjudication rule would not increase processing times, nor would it cause gaps in employment authorization. Unfortunately, it did. No wonder we cannot trust anything they tell us.

The American Immigration Lawyers Association (AILA) suggests reimplementing the 90-day adjudication rule for EADs. AILA also suggested issuing an interim final rule that expands the 180-day automatic extension for EAD renewals to 365 days. While the agency has expressed that they are close to issuing a temporary final rule on the subject, immediate action is necessary so that the problems begin to be addressed.

Generally, USCIS should make it an immediate priority to expand electronic filing and make it more accessible for attorneys, adjudicate related cases together and in a timely manner, simplify unnecessary long forms, and create more Congressional oversight to ensure USCIS improves on all fronts.

While USCIS strives to improve its operations, immigration is still tricky waters to navigate. If you are an immigrant with any questions or concerns regarding your immigration case, H-1B visas, green card applications, or any other legal matter, speak at once to an experienced Columbus immigration attorney. A good immigration lawyer can help you and your family with any immigration issues you face and defend you if you’re accused of violating immigration law.